I have been able to hoodwink about 64 people per day over a period of 82 days to read (look at) my crap.
Are you people bored shitless?

Today I will tell you about my racial views.
After the jokes 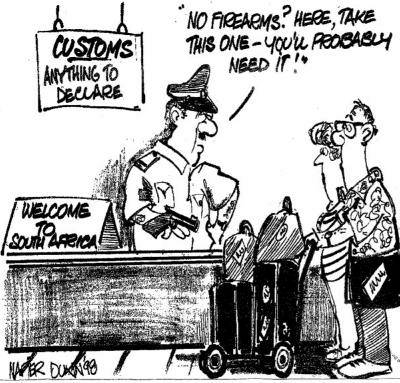 Note that the victim is light and the perpetrator is dark.

This is a misrepresentation of facts 90% of crime (including murder) is black on black.

Poverty has a big impact on the crime figures.

I do not profess to understand all the social ramifications, but as far as I can see the Socialists and the Comunist are Racist.

For them any race other than black is inferior.

The so called coloured (mixed race Ie. black and white peoples children) people of SA are feeling the pinch more than the whites as they do not have the financial clout.

Kees was a proud soldier for the white regime of the RSA.

Twice conscripted and twice a volunteer.

I never fought to enshrine my white skin in history.

God or Goddess or whatever, my dad had black friends, so did I.

NOTE: This is not the same as "some of the people I know is black"

My dad and me could have been convicted for what we did, at different times.

Maybe my first conscription was naive. 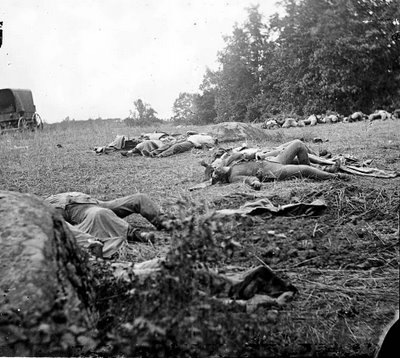 But as these dead soldiers at Gettysburg demonstrate, naivity is not long lived.

The fact that a lot of black people want to ride the bandwagon and to easy gains and the fact that I recognise that does not make me a RACIST.

I live in Africa.

I will die in Africa.

If this post defines me as a racist, so be it.

Comments:
The political left--which I consider synonomous with socialism--brands anyone who states facts as racist because they cannot refute the facts. I have been called a bigot because I don't want 20,000,000 illegal aliens in my country. I have been caused racist because I dared to suggest that the reason that there was a higher percentage of black men in our jails is because a higher percentage of crime is committed by black men. I am a bigot because I suggest that our welfare progams have created a black underclass that has been hid in housing projects and given subsistance at the expense of the taxpayers.

Yeah, you are a bigot old racist. Join the crowd of free thinkers.

Gorgeous dress and lovely fabric choice! Don't be sad about ผลบอล moving to London, think of all the lovely vintage social events you ผลบอลสด can go to. Also London has great fabric shops!