KeesKennis was 22 years old and hanging around in a country now called Namibia.
He was hunting when such jobs was available otherwise he would be bar tendering. 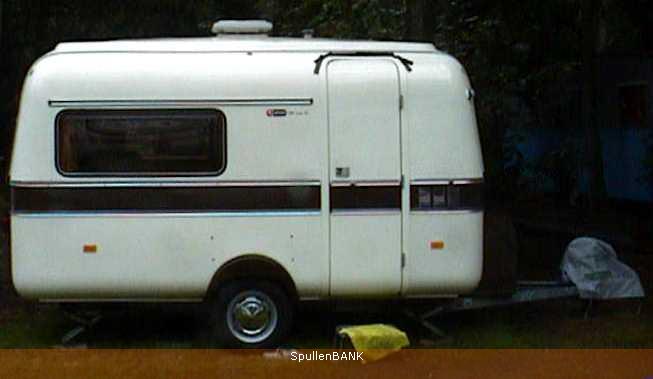 Something slightly bigger than this, it had a bedroom at either end.

A small caravan with 2 Gypsy fortune tellers had moved into town and was parked outside my hotel.
Actually the one was a Brit and about 45 years old and the other about 35 years of age came from Belgium.

It was 2 days before the weekend and the town and the hotel was very quiet.

The four of us started drinking.
Plenty.
We paired off, oldest male to oldest female and the young ones together.
The owner of the hotel did not like doodling by staff so the four of us ended up at the caravan.
We had another couple of drinks and repaired north and south, about 10 feet apart.
Mindful of the others not a lot was said.
After a while the caravan started to rock slowly with a regular north/south beat, very enjoyable.
The rocking got more violent as is wont but the weight ratio was biding its time.

A badly inserted strut gave way on the heavy end and KK and the Belgium gypsy was catapulted to the wall, still locked in that age old embrace.
As we slid to the floor we did manage to disengage.

Shocked silence all round, and then laughter.

We finished the coitus the next evening.
You guess what "bad" word that is linked to?

I can almost see the events in my head just from reading them!